The Center of Studies on Citizenship, State and Political Affairs (a.k.a. CEAP) is an academic division of the School of Social Sciences of the University of Buenos Aires (UBA).

Our mission is to train and develop research and social-extension initiatives to tackle socio-political issues. Our aim is to assess the political process from a wide perspective that combines the subnational, national and international levels, and to produce and disseminate knowledge together with stakeholders such as public institutions and NGOs.

CEAP was created in 2015 (decision Nº 1562/2015 of the Directive Council of the School of Social Sciences) and its current director is Dr. Sebastián Mauro. 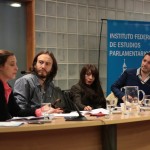 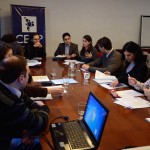 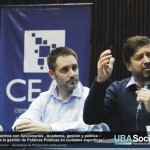 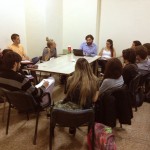 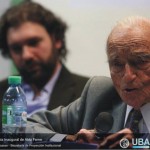 We conceive the construction of knowledge as a social and interdisciplinary process. Therefore we work with state agencies, NGOs and other institutions in order to build research networks and develop technology transfer initiatives.

University produced knowledge is to generate transformative effects on the community by stimulating reflexive processes. Hence, we offer several courses with the aim of disseminating the ideas and research results produced by the School of Social Sciences of the University of Buenos Aires.

During 2015 we have developed a wide range of initiatives. CEAP gave life to an Electoral Observatory (OPE) and created the Network of Studies on Argentinean Subnational Politics (REPSA), which has already held its first national meeting with researchers from all over the country.

In partnership with MERCOSUR and the European Union, CEAP takes part in the Network of Educational Developments of MERCOSUR. Also on the field of international politics, the Center has launched an Observatory of Regional Integration that organizes periodical meetings in the City of Buenos Aires.

CEAP has launched a research project on public policies. There have been several courses on this field addressing topics such us public budget, decentralization, public policy design, etc. A series of conferences with public officers have been also set in motion.

The School of Social Sciences

At the heart of the City of Buenos Aires, the School of Social Sciences is home of five bachelor degrees, ten masters programs, a doctoral studies program and a postdoctoral studies program. The faculty has two research institutes and five centers of studies. With more than 25 years of experience, 20.000 students and 2.000 teachers, it is the largest institution devoted to social sciences studies of Argentina. CEAP belongs to the School of Social Sciences as a specialized center of studies.